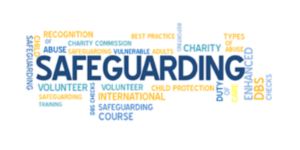 As a children and young people’s organisation safeguarding is our primary focus and most of our discussions, planning and considerations incorporate a focus on safeguarding. This is like organisations across the country who support children, young people and families. We are so consumed by the issue that we often assume that organisations in other sectors are equally aware of the importance of safeguarding. However, this is not the case and, in many respects, why should it be the case?

Whilst developing YOOF there were two main issues associated with safeguarding that we were faced with both linked to the partnership working element and the interpretation of different agencies of the issue. The first issue we faced was when we presented the idea of the YOOF platform to organisations across the county, there was a difference in the level of safeguarding processes that various organisations viewed should be implemented.

As the platform is unique it was difficult for colleagues from organisations to visualise how best to support those young people who needed support. There was a spectrum of views from some who were more relaxed about the level of safeguarding or support children or young people may require when accessing the platform, through to those more acute services that held the view that there needed to be rigorous safeguarding processes in place to allow young people to access the platform in the safest possible manner.

In response to this challenge, we listened to all the concerns raised by organisations and explained the purpose of the platform and the aim to provide a signposting facility, rather than a safeguarding response. We discussed with all the agencies how the signposting function could operate and the benefits and disadvantages of different ideas. This brokered support and engaged them in the process.

The second challenge that we faced was linked to the first challenge, the development team had very limited experience, knowledge or understanding of safeguarding. They automatically reverted to a digital solution when we described the issue, however the organisations felt that the digital response should merely be a signpost function to an agency that could provide some ‘in person’ support.

To explain the process to the development team and give an operational explanation of the issue we were attempting to deal with, we adopted a traffic light system to indicate the different levels of need a child or young person may have, we developed a support page with the following buttons:

Once we laid out the responses in this more structured and clear way the development team were able to understand the potential issues that may be raised by children, young people and young adults.

This is not the end of the road; however, we seem to have developed a suitable short-term solution that will suffice whilst we continue to improve our offer to children and young people and our response to those who need support through YOOF becomes more sophisticated.