Warrington’s young people were given a first look inside of their state-of-the-art OnSide Youth Zone as construction edges closer to completion.

The group, which included members of the Young People’s Development Group, were joined by the Youth Zone’s supporters as they were given a guided tour of the building and were able to see the different rooms taking shape.

Set to open next Spring, Warrington Youth Zone will be open to young people aged between seven and 19, and up to 25 for those with additional needs. The Youth Zone will build on the success and legacy of Warrington Youth Club, which was established in 1930. It is being developed by the national charity OnSide, which has a network 13 similar Youth Zones across the country and will be run as an independent charity.

The aim of the Youth Zone is to raise the aspirations, enhance prospects and improve health and wellbeing for young people in Warrington, by providing affordable access to a wide range of programmes, services and activities including sports, arts, music, media, dance, drama and mentoring as well as offering hot meals for just £1.

The Youth Zone also has a dedicated enterprise and employability suite, which aims to support young people who are not in education, employment or training, by equipping them with skills for the future. It will cost young people just £5 annual membership and 50p per visit.

Young People’s Development Group Member Izzy Murphy said: “I thought it was really cool, I really like all the different rooms. The Youth Zone will be really good for young people in Warrington, it’s going to give them something to do and it’s not going to cost a lot to go in and it is easily accessible because we are right near the bus and train station.”

Warrington Youth Zone CEO Dave McNicholl said: “It was fantastic to take the supporters and young people inside the building so they can see how spectacular it will be. Having a state-of-the art building will enable us to welcome thousands of young people from all across Warrington, providing them with over 20 activities every evening as well as the vital support they need and deserve. None of this would be possible without the support of Warrington Borough Council and our fantastic group of funders, we can’t thank them enough.” 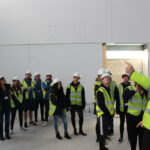 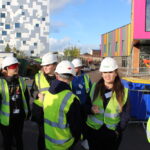 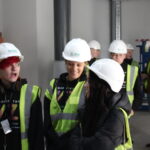 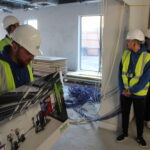 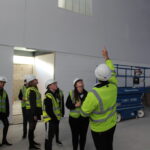 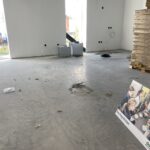 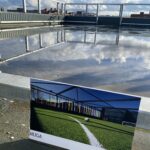 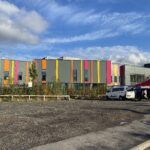 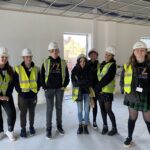 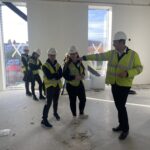